Please add my number to your contacts, and then message me on WhatsApp and I'll add you to the support group I just setup. 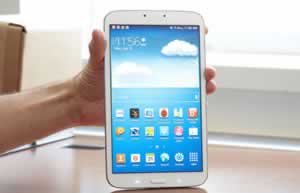 I have been asked quite a few times recently for advice on the purchase of a tablet computer. In this article I will weigh up the pros and cons of what is on offer, and of course offer my personal opinion. I will provide some links to items on Amazon, whom I have to say quite often offer some cracking deals and whether you buy of the Spanish or UK site, delivery is not a problem - I've bought several things from Amazon without issue. I had cause to return one item, and it was pain and hassle free and I recieved a full refund (postage was paid for too!). 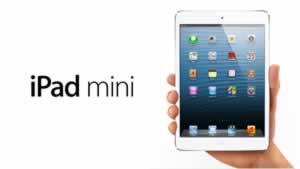 When talking to people, you will hear in the main talk of iPad, which is Apple's offering. Apple do make some stylish devices, and traditionally even in the early days when they sold computers for use in the workplace for graphic design, desktop publishing and the like, they always commanded high prices.

Personally much of it these days is simply hype; you're paying a lot for the brand. There's no denying that their devices are stylish and in the main easy to use but the underlying technology is essentially the same as devices offered by other manufacturers. In fact, it is more likely that you will encounter the latest hardware with Android based devices because, well there are simply more manufacturers producing devices for Android.

One of the main drawbacks of Apple devices is that they are not designed with interconnectivity with 'foreign' devices - you can't for example plug in a USB keyboard, or USB memory stick. Apple cables are proprietary too. But, if you have Apple hardware already, iPhones, AppleTV, Apple Desktop computers, laptops etc.. then you've probably already made up your mind - all of your devices will work well and seamlessly with each other. Apple have worked hard at making this simple. A favourite feature from Apple users is Facetime which offers video calling to your contacts, in much the same vein as Skype (also available on iPad). Facetime just happens to be Apple's own. You can find a comparison of the latest iPad models at http://www.apple.com/uk/ipad/compare/#comparison-chart

I've got to say that I'm in the Android camp. This operating system is found on smart-phones, tv boxes and of course tablet computers. The operating system is provided by Google, and is linked in with your Google username/e-mail (much the same way as you need an Apple ID for Apple devices).

The operating system is updated frequently adding new features and nice touches. It is relatively easy to use (why not come and have a lesson!). Because it isn't a closed operating system like iOS, means that manufacturers can take it and customise it for their own devices. Samsung add their own flair to Android (usually to make it easier to use). It's also the underlying operating system found on Kindle Fire from Amazon. Because there are lots of manufacturer's to choose from means that there are lots of devices differing only in size of screen, or minor hardware differences (some for example may not have satellite navigation capabilities, or may only have a front facing camera instead of front and rear). You are more likely to find USB connectivity on some devices meaning you can plug in the same stuff as you would your laptop - think external keyboard, a mouse, memory stick, digital camera. Don't be afraid of chinese imports - there are some good ones, and in any event chances are the more mainstream makes are chinese too! There are equivalent apps available to Facetime available on Android, and you can read a rather good run down at http://joyofandroid.com/how-to-facetime-on-android/ which includes instructions on setting up and using each of the Apps. 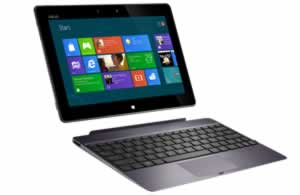 It probably wouldn't be fair to leave out Windows tablets; however Microsoft have been a little late to market with their offerings. They do have Windows based mobile phones now, which have adopted a similar interface to the much maligned Windows 8. The tablets themselves run a cut down version of Windows 8 (Windows RT) so don't expect the same software to be available as on your laptop or your laptop software to run on your Windows phone or tablet. They have however tried to bridge the gap between a tablet and a laptop with their Surface offering which has a keyboard built into the case. If you don't want to learn a new operating system/interface and are happy with Windows 8, then a Microsoft offering may well be for you.

Earlier, I talked about Facetime and alternatives, you might also find the blog article I wrote for issue 5 of The Big Glossy of interest, it is available at by clicking here!

Perhaps you've decided a tablet isn't for you, maybe you prefer having access to a traditional keyboard. If you want something lightweight and relatively inexpensive then maybe a Chromebook is for you. They're like a laptop but are reliant on access to the Internet for storage (though there is limited on board storage) - however this needn't be a problem as most places you go these days have internet access and quite often free. You can find some buying advice on Chromebooks in this article written December 2014 so should still be fairly current: http://blog.laptopmag.com/chromebook-buying-advice

In any event, and a recommended strategy before you purchase why not visit a store such as MediaMarkt at La Zenia, Al Campo or Carrefour to name but three or even ask your friends what they've got - you can see and try for yourself. You'll probably find the items cheaper online at sites like Amazon. Don't forget, once you've bought your tablet, who can help you set it up and learn how to use it (hint, hint!).

If you require further help or would like to visit my office so I can help you pick the correct item for you please let me know to arrange a date and time.

All support requests via. support portal or by email to support@all-tech-plus.com.

Outside of these hours, support tickets will be responded to up until 3pm.

All support requests, raise a ticket on our support desk by e-mailing support@all-tech-plus.com or use the portal.

©  All Tech Plus, Rojales. All rights reserved.